Honeysocks' early musical education came from plinking around on a piano and learning saxophone in the school band. In high school, he started playing the bass for jazz band, then donned the guitar (before learning how to play) for a garage band that went by the names Hugg, Nutbunch, and Various Little Girls. The band played one show and broke up. Honeysocks moved to Tucson and formed the Jack Acid Society with several friends, creating a new genre called "Speed Folk for the Weak.". The JAS enjoyed a small amount of notoriety and very little success, until the fateful day when a pack of wild dingoes ate all members of the band save one.


As a solo act, Honeysocks combines influences in rock, blues, folk, country, and everything else to create a sound which has best been described as "something." He has performed at a handful of venues, including Epic Cafe, the Hut, and Wilde Playhouse, to name but a few. 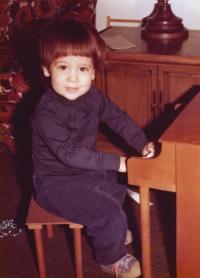